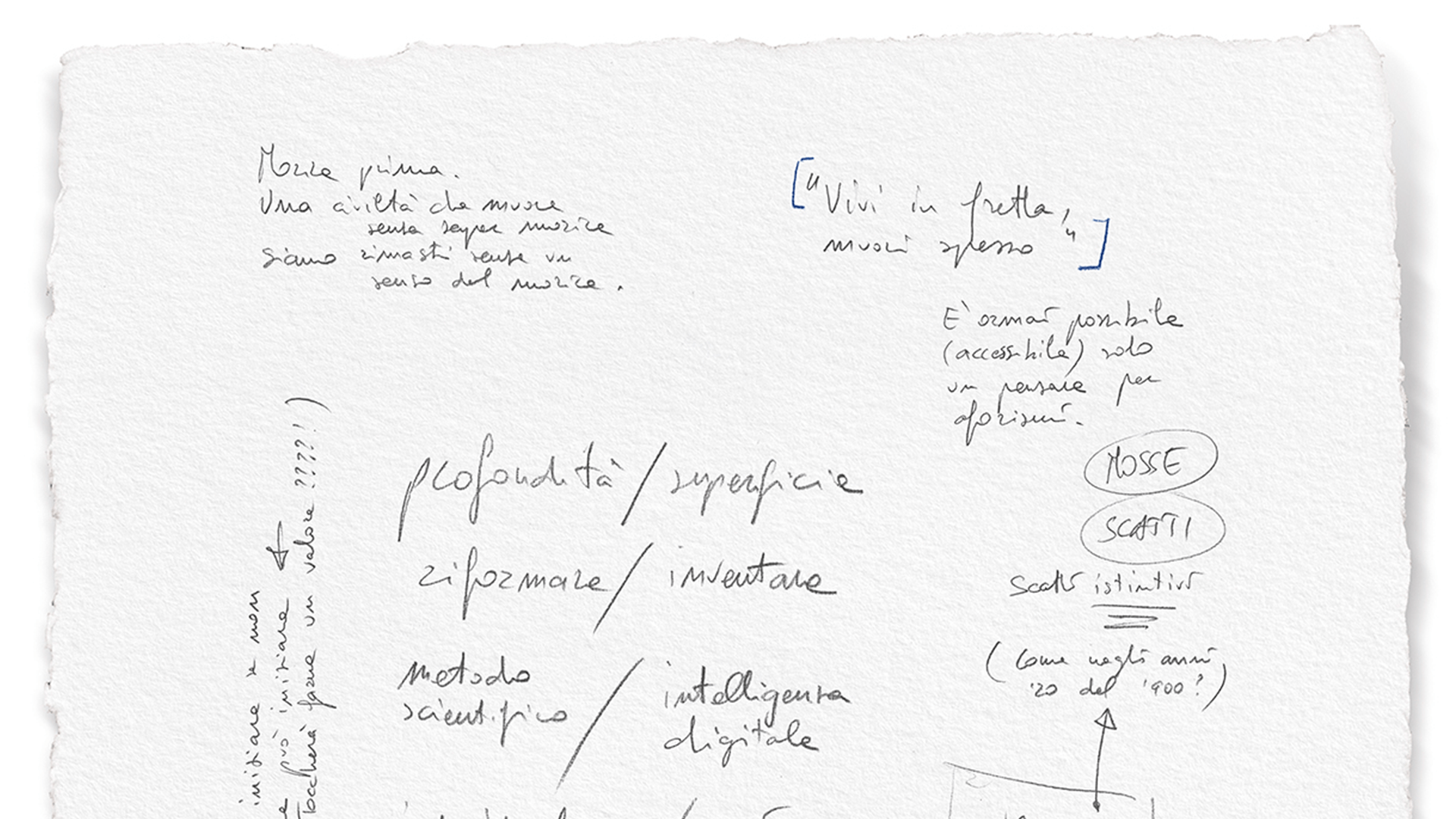 Alessandro Baricco is one of Italy’s most versatile contemporary writers and public intellectuals. Known first for his bestselling novels “Land of Glass”, “Ocean Sea” and “Silk”, Baricco has also had a prolific career as television host of cultural programs, as a playwright, and essayist. In 1994 in Turin (Italy) he founded the Holden School of Contemporary Humanities. With his latest book THE GAME Baricco has enlarged his perspective to the impact of the digital revolution on humanist thought and culture at large.

The new frontier of experience is an inward journey. 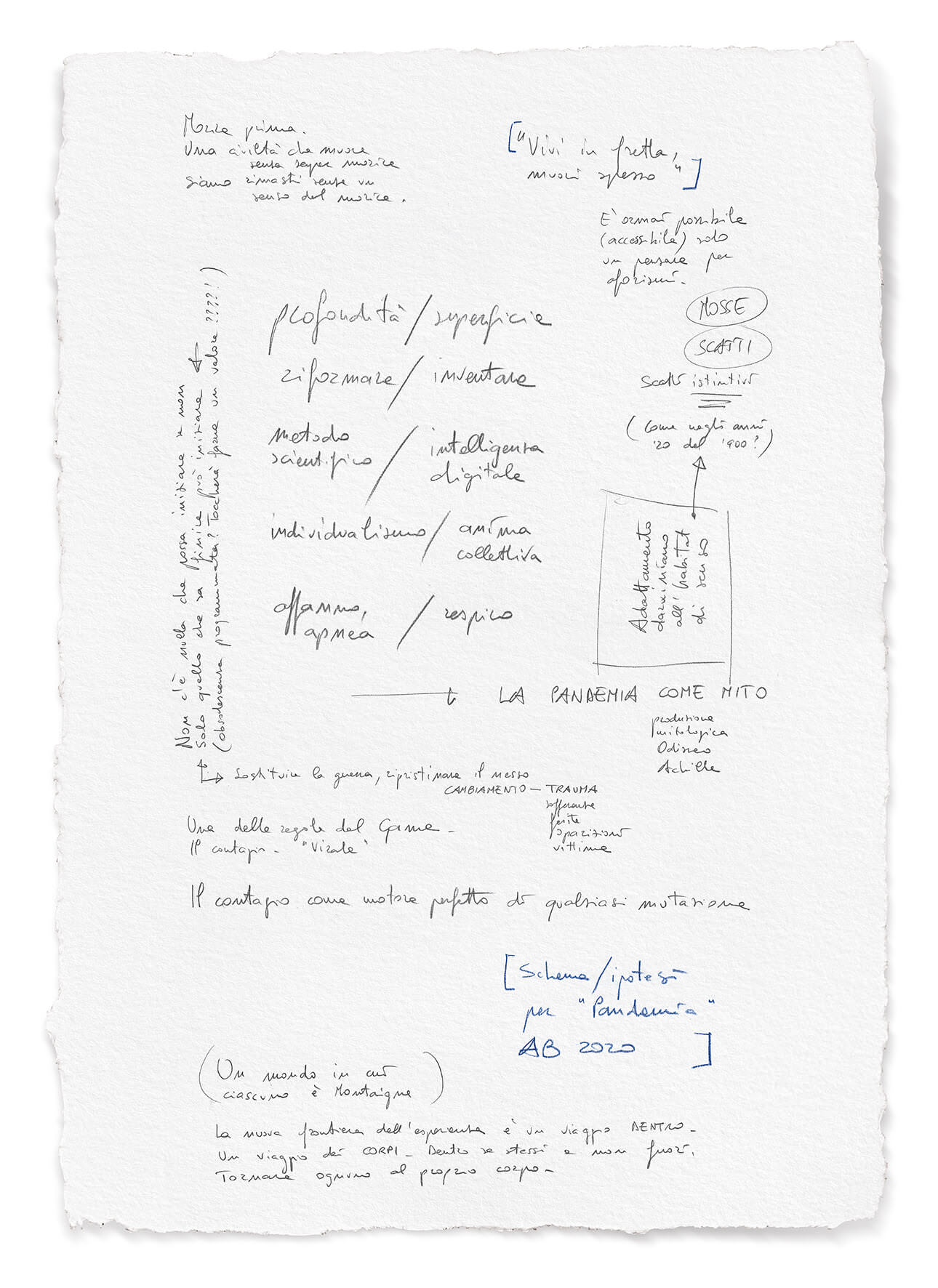 “Live in a hurry, die often”


Thought through aphorisms alone is now possible (accessible)
Instinctive moves, leaps
(as in the 1920s?)
Darwinian adaptation to a meaningful habitat


Nothing can begin other than
Only that which knows how to end may begin
(planned obsolescence? will we have to make a value of it?!?!?!?)


The new frontier of experience is an inward journey.
A journey of bodies. Within the self and not beyond it.
The pandemic as a Myth
Mythological production
Odysseus
Achilles


Contagion as the perfect engine of all mutations.
One of the rules of the Game
Contagion. “viral”


A world in which everyone is Montaigne


Dying earlier
A civilisation that is dying without knowing how to die
We no longer have a sense of dying.

Contagion as the perfect engine of all mutations. 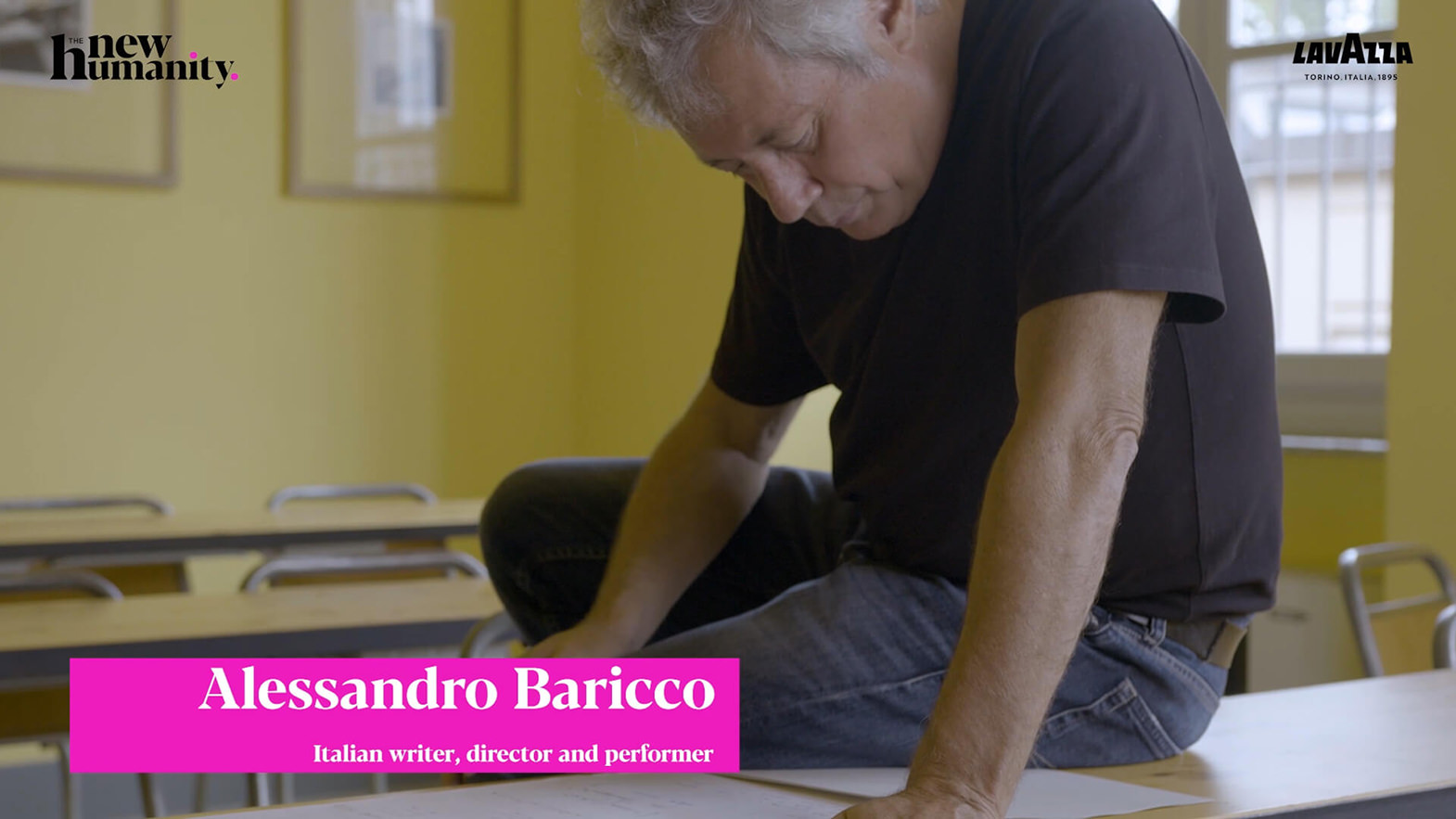 Alessandro Baricco explains his piece of art for The New Humanity project.